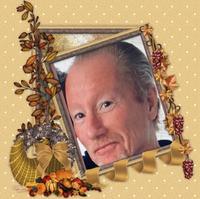 Survived by his wife, Susan, and two daughters, Tifany and Denise, and five grandchildren

After returning from Vietnam, Dennis joined the Merced Police Department.  He was a Sheriff for most of the 30 years he worked there.  When he retired, he moved to Prescott, Arizona.*

From Mickey Meyer:  I was told today that on Oct. 22, 2020, Dennis Littlejohn passed away. His sister Bonnie told me he died from complications from having a colon wrapped around his intestine. More info about a funeral will be known later. He was living in Prescott, Arizona.

Posted by Dennis' sister, Bonnie, on the Santa Ana Valley Group Page on Facebook:  He was fine 2 months ago, then developed stomach pains...after 2 weeks he finally went to the ER, ended up in surgery 2hours later. His colon was wrapped around his intestines. He was so weak from not eating, he list 20lbs that he didn’t have to lose. While still in the hospital he had a heart attack then had open heart surgery. A couple days ago ended up on a respirator..doctors said there was nothing else they could do for him, that he wouldn’t have any quality of life, so the decision was made to put him at rest. He fought hard though!